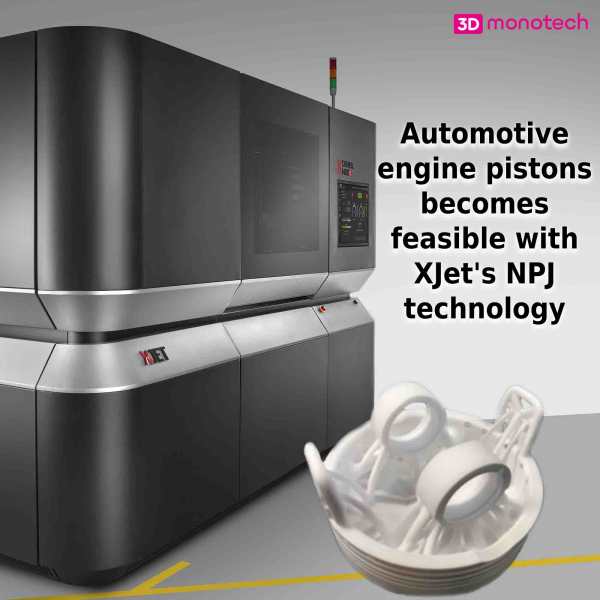 COULD THE CHAOS ULTRACAR BE THE MATCH THAT IGNITES CERAMIC AM?

With all the combined experience of the XJet team in additive manufacturing, we’ve worked with some exciting applications over the years. The Chaos Ultracar is a perfect example. Pursuing speeds of over 500 kph and throttling an astonishing 3,065 horsepower, 78 percent of the body of the Chaos Ultracar will reportedly be produced by 3D printing, as well as other crucial elements such as the engine block, camshaft and intake valves.

XJet is a major contributor to this revolutionary Ultracar, producing the world’s first car engine piston made entirely with ceramic AM for the project. Fascinating stuff. And at the risk of overwhelming, we’re also excited about the gear change this could lead to in the world of manufacturing – paving the road for the wider adoption of ceramic AM.

Seeing the rigors withstood by the XJet-manufactured ceramic piston in such a high performing car will surely demonstrate to manufacturers that the opportunity for innovation with ceramic AM is here now, today. Bringing the properties of ceramic to parts that have traditionally been made in metal and plastic will open many doors. Hardness is one of those desirable properties, but conversely makes ceramic notoriously difficult to manufacture, particularly complex shapes. As a result, the geometric freedom that AM creates could be even more impactful than we’ve already seen in metal and plastic manufacturing.

The Chaos piston clearly illustrates the geometric freedom of AM to perfection. Spyros Panopoulos, founder of Spyros Panopoulos Automotive (SPA), is a pioneer in the automotive industry and the man behind the most efficient combustion engine on the planet and the Chaos Ultracar. To make his engine a reality and support the extreme levels of performance required, Panopoulos used his propriety ‘Anadiaplasi’ design method, in which a component takes its shape based on the forces acting on it. It’s a technique Panopoulos has used throughout the Chaos Ultracar.

In anadiaplasi design, material is minimised where it doesn’t support performance and added where reinforcement is needed, optimising weight while maintaining the strength and temperature resistance of the part – essential for any piston, but particularly in such a high-performing engine. The result is an organic complex shape that is light, yet strong, and likely impossible to produce with anything other than AM.

SPA discovered XJet through Lino 3D, XJet’s distribution partner in Greece, and worked with them to specify alumina for the piston. Due to its extraordinary strength, hardness, light weight, and almost total resistance to thermal expansion, it’s the perfect material for the Chaos piston, working in an engine which requires almost zero tolerance clearances between the engine walls and has rather extreme light-weight requirements, to meet what might be considered excessive speeds for a streetcar.

One thing is for sure, the Chaos Ultracar is pushing boundaries at every frontier it meets and we’re delighted to go along for the ride! 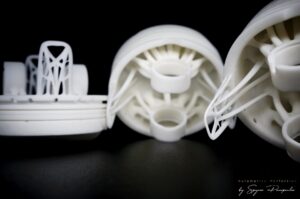